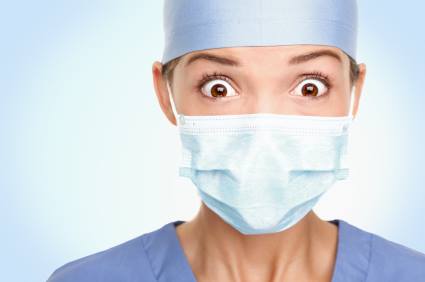 1. Some of the earliest named doctors were women, this dates as far back as 2700 BC.

2. About 64% of physicians report working overtime. Some physicians may work as many as 60 hours per week.

3.Doctors leave sponges and other medical devices inside of their patients about 6,000 times a year.

4. A study performed in the United States found that surgeons who played video games on a regular basis made 37% less errors and were 27% faster than their nongaming coworkers.

5. Medical errors are counted as one of the leading causes of death and injury in the United States. It is estimated that about 98,000 people die each year in U.S. hospitals as a result of medical error.