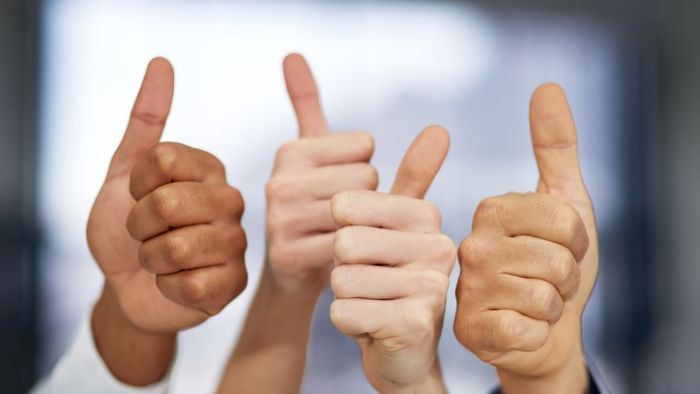 In uncertain times, do you expect good things will happen?

If your answer is yes, you might want to think about ploughing more money into your superannuation.

Your answer suggests you're an optimist and optimists seem to live longer, a growing body of research shows.

Several studies have shown an optimistic thinking style is linked with better health and living longer, and in particular a reduced risk of dying from heart disease.

But now a large new study suggests it cuts your risk of dying from a host of other ailments too, including cancer, stroke, infection and respiratory disease.

Those who are most optimistic are 30 per cent less likely to die from these conditions than those who expect the worst in life, said lead author Dr Eric Kim from the Harvard TH Chan School of Public Health in Boston.

This suggests changing the way you look at things might be up there with stopping smoking or exercising as an important way to ward off disease.

And the good news is, there seems to be techniques that can help us achieve this.

“Optimism can be altered with relatively uncomplicated and low-cost interventions,” Dr Kim said.

Of course we will all die eventually.

But what the study of 70,000 women found was that looking at the bright side seems to reduce your risk of dying earlier than you might otherwise. Or rather it found a strong association between the two things.

More research is needed to prove changing your mindset will definitely increase your chance of a longer lifespan.

The latest study used questionnaires that have been proven reliable in previous research to assess the optimism level of the women at the start of the study in 2004.

Researchers then tracked the women for eight years to see who died, at what age and of what health condition. This was then correlated with how optimistic they were.

The results showed links between a positive thinking style and living longer, even if the women developed diseases.

While you might expect women who were healthier at the study's start to be more optimistic because of their health, the team made adjustments to minimise the chance this swayed their results. In any case, other research suggests your health status doesn't necessarily influence how optimistic you are.

The team also adjusted for other factors like high blood pressure, the quality of diet, and exercise levels, that might independently affect the risk of dying early.

They found the link between an upbeat outlook and living longer was still strong.

It's known optimists are more likely to practise healthy behaviours like having a good diet and doing regular exercise.

But the study found this didn't explain all the difference in the risk of dying early.

Other things that might play a role include the healthier coping styles optimists tend to use.

They're known to be better at seeking social support in times of stress for instance. Optimists are also better at planning for future challenges and are more likely to have contingency plans when things go wrong.

But there are also signs a positive thinking style might influence our biology more directly too.

One of the more exciting of these was revealed in only 2015, Dr Kim said. Scientists discovered an entirely new structure in the brain that could provide a direct way in which our thoughts could influence our immune system.

Can we become more optimistic?

Only about 25 per cent of our tendency to be a 'glass half empty' versus 'glass half full' person is thought to be genetic.

Other factors like the level of warmth you experienced from your parents or caregivers when you were a child, as well as your socioeconomic status and education level play a role.

But that still leaves a big chunk that's thought to be more directly within our control.

“Efforts to improve optimism are a bit like exercise,” Dr Kim said. “The easier efforts have smaller effects. The things that can make a bigger difference require more work.”

But the researcher who says the tools of psychology have made him a much more optimistic person than he used to be, hopes no-one will use his findings the wrong way.

“People can get diseases for a whole host of reasons,” he said. So telling someone they got sick because they weren't optimistic enough would be unfair and cruel.

Some people may also choose to have a more pessimistic outlook on life, and this choice should be respected, he said.

The findings were published in the American Journal of Epidemiology.